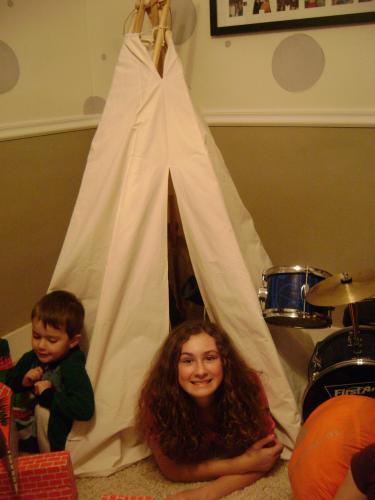 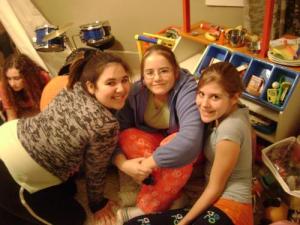 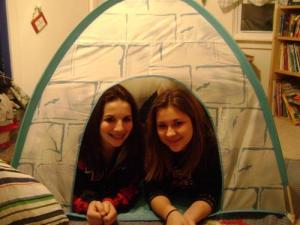 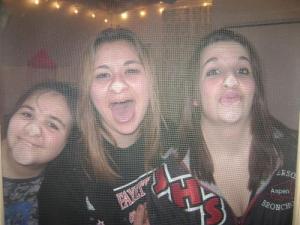 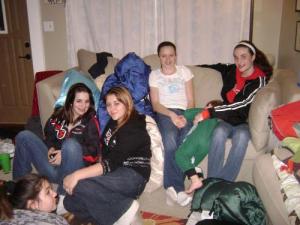 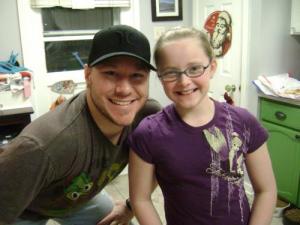 Friday night rolled around an in rolled 10 JH girls to the Wellner household!  Melissa joined us and brought puppy chow which disappeared faster than I could have imagined-it didn’t help that my dog, Eve, thought it really WAS puppy chow and took her fair share before one of the gals stopped her!  We played a round of "Signs" which we were taught on the ski retreat-hilarious game-made even more funny by their amazing amounts of energy!!  We also threw in a little Mad Gab and cookie making so the night was off to a great start!  River hung out with us too-amidst great protest the he was NOT a girl and therefore should not have to stay!  He quickly got over his manly uprising after we popped in Cloudy with a Chance of Meatballs to bring the gals down a notch.  Within the first half most of them were sound asleep.  We actually got a decent night’s sleep but were up bright an early getting breakfast and the gals off to their activities.  Those who got to stick around for a bit played with River’s moonsand for over an hour and watched cartoons.  After that I decided we MUST invest in some moonsand for the basement of the White House-fill up a kiddy pool and let them have at it!