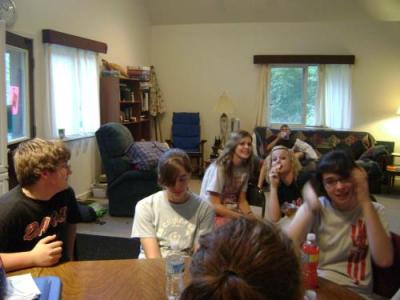 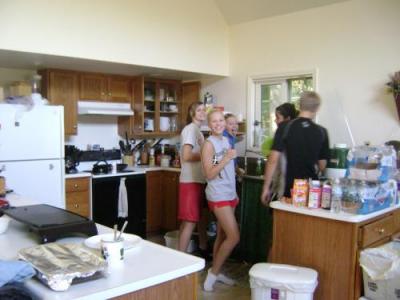 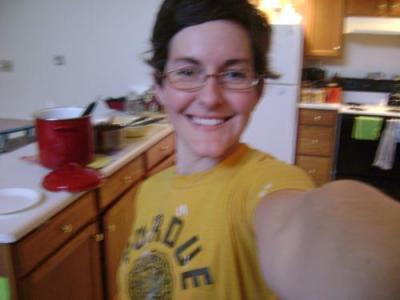 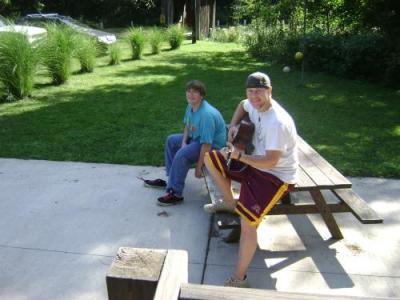 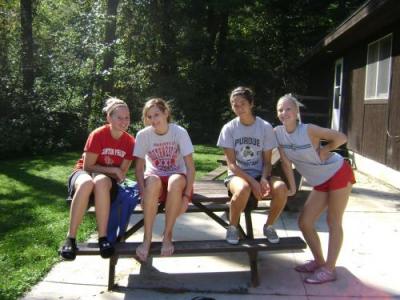 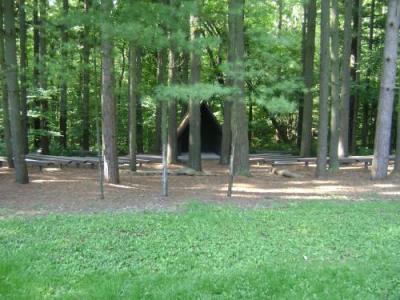 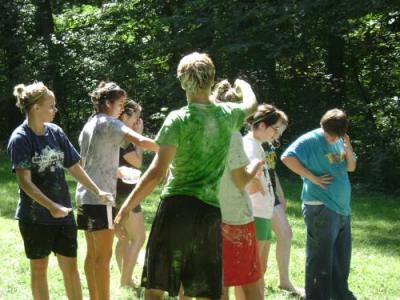 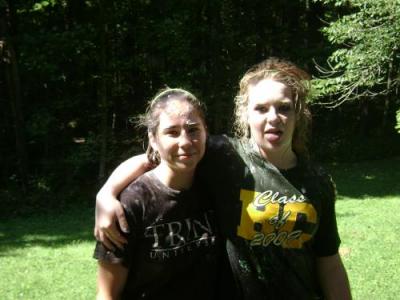 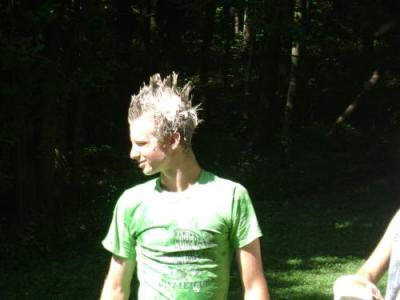 We headed southwest to Camp Talitha with 10 senior highers this past weekend!  We had AMAZING weather and tons of fun hanging out in God’s beautiful creation.  The camp is owned by 2 of our girls extended family and was such a blessing for us.  We got there late afternoon and the girls took everyone on a little tour of camp with Ryan while I started dinner-so 1950’s huh?  I even put on an apron-ha.

When they returned some time later they were all wet and laughing.  They had all gotten in Sugar Creek and soaked themselves.  It’s funny-I had totally stressed about having a ton of stuff programmed for the students to do because you just never know what kind of mood teenagers are going to be in-and since the majority of them were girls I thought that dirt, bugs, hiking, and roughing it might not be their idea of a good time so I had come up with lots of games and discussion starters to use when they protested about being in the great outdoors.  Well Ryan and I quickly noticed that the overall group dynamic was not calling for an ordered weekend with set times and rigid programs.  So we just stopped, especially me since I had been the one getting all worked up about what we were going to do and how exactly I wanted to discuss Jesus in their lives.  We let God.

We had an awesome dinner except for the scorched garlic bread that I forgot was in the oven-oops.  Then we headed outside to make a bonfire and talk about our identity in Christ.  It was awesome.  The students really opened up, we ate tons of S’mores, had fun looking at the INSANE amount of stars, then went inside for some popsicles.  Man we eat alot.  Then we actually all settled in and watched Adventures in Babysitting from the 80’s.  So as you can see our idea of "roughing it" is very broad.  Kelly and I made a fire and to bed we went!

We totally slept in the next day and had bacon and blueberry and chocolate chip pancakes for breakfast before a nice hike that overlooked the creek.  It was just so beautiful-even with the complaint here and there about bugs.  Then we finished off the trip with an olive oil slip and slide topped off with green slime (water, food coloring, and flour)  We washed up, packed up, cleaned the camp, and scarfed down some grilled cheese and tomato soup before heading home.  It was a whirlwind weekend in one sense that I felt like we could have stayed a week with plenty to discuss, but even just 24 hours out in God’s natural setting left us in awe and gave us some much needed down time to play.  Whirlwind yes, worth it? DEFINITELY!!!