At the end of August, Brenda Fassnacht shared that she would be resigning her position as Women’s Ministry Director to respond to God’s call in other directions.  You can read her remarks to the congregation here.

After Brenda’s resignation the Riverside Leadership Team spent time updating the previous job description and then selected a Search Team of Brenda Fassnacht, Nancy Umbeck, Amy Fisher, Stephanie Stout, Brandi Moeschberger, and Dan Teefey to fill the position.
I am excited to report that Katrina Elliott has now been selected as Riverside’s new Women’s Discipleship Director.  Katrina was unanimously selected by the Search Team and unanimously approved by the Riverside Leadership Team.  She will begin her work in January 2014.

You can read more about Katrina below. 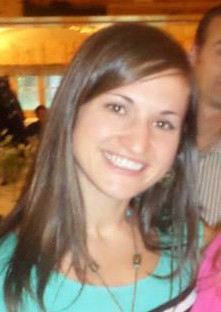 Katrina Elliott was born and farm-raised in Tipton County, graduating from Tri-Central High School (2000).  Feeling misguided by her affinity to mathematics, she attended Purdue University, where she began her major in Electrical Engineering.  After working a summer as a counselor at Camp Tecumseh, she changed her major and graduated with a degree in Secondary Math Education (2004).  Another change instigated by her summer at camp was the introduction to a handsome British man called Tom.  Katrina and Tom were married a year later (2002) and began their lives as one at the blessed place they met.  They have continued to live and minister as a family at Camp Tecumseh since then.

Upon graduation from Purdue, Katrina took a job teaching Algebra and Geometry at Lafayette Jefferson High School, where she taught for one year before taking leave to have their first child, Sophia (2005)…a fiery redhead.  After two and a half years as a family of three, the Elliotts welcomed their son Oliver (2007).  Katrina enjoyed the honor of being a stay home mother to two kids for nearly eight years, when God shook things up by adding a third child, Tre (2012), into the mix through an organization called Safe Families for Children.  What was initially supposed to be a four month stay turned into guardianship after six and a half months in November of 2013.  There’s never a dull moment at the Elliott’s!

One of Katrina’s greatest passions is teaching.  Outside of the math classroom, she has focused her teaching on empowering followers of Christ “to live a life worthy of the calling,” a life of the abundance He has called us to.  Through her ministry to the counselors at camp and her leadership position in the Mothers of Preschoolers (MOPS) group at Covenant Church, the Lord has refined the passion of teaching in her life to be focused on women.  Katrina has a great enthusiasm for connecting women…through connections comes encouragement…through encouragement comes growth…through growth comes an outpouring.  Yeah.  Katrina is excited to see the outpouring of God through the women of Riverside.