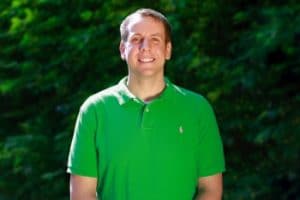 Mike has been a part of the Riverside family since 2011, coming on staff in 2016. Prior to his call to ministry, Mike was a French and math teacher for eight years. Mike is married to Autumn, and they have one daughter, Eloïse. Mike has a B.A. from Butler University in Middle/Secondary Education and he holds a ministry license in the Evangelical Covenant Church. Mike enjoys writing and recording music, as well as any opportunity to travel and have adventures with his family. 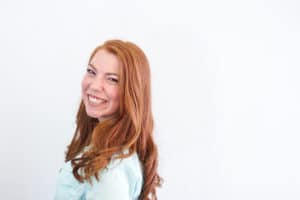 Elizabeth Olsen (sometimes called “Fizz”) hails from Kokomo, IN, but spent four years in Jackson, MS at Belhaven University where she graduated with a Bachelor of Arts in Biblical Studies with concentration in Youth and Children’s Ministry. In 2016, she moved four times and worked five different jobs- change is certainly something she has become accustomed to! One of her prayers for the past few years has concerned where she might live and work full-time, and God has directed her to Little Star Center, a center for kids with autism, where she works as an ABA Therapist. Her vocation, however, is as a kingdom builder- specifically through youth ministry. When she was in middle and high school, there were only men leading her church’s youth group, which was not bad, but she remembers wishing that there could be a woman there with whom she could talk and spend time. That being said, she is called to work with youth, and she wants to show up and be a resource, servant, and friend for your kids. Elizabeth enjoys building relationships, painting canvases, baking desserts, watching “Chuck” with her roommate, and drinking Cherry Coke. Something God has been teaching her is to always put her hope in Christ, and to surrender fear of any variety to Him. Elizabeth’s first experience at Riverside was in the summer of 2013 while she was working at Camp Tecumseh. She visited once or twice a summer from 2013 through 2016, and then began regularly attending in August of 2016. She is thankful for the way that the Riverside culture fosters relationships- up, in, and out! 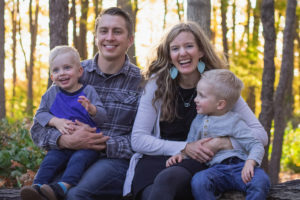 Amanda Braun joined the Riverside community in early 2018, shortly after moving to West Lafayette. Her husband Ross works at Purdue in the Horticulture Department, and Amanda stays at home with her two young boys, Louis and Amos. Before family life, Amanda worked with youth vocationally in the church setting (in Colorado) as well as the summer camp setting (in Kansas), and loved it so much she even earned a Master’s degree in Youth and Family Ministries from Denver Seminary. Youth ministry has been her passion for most of her adult life, so she loves volunteering with the Riverside youth. Outside of Riverside, Amanda is active in West Lafayette Mom Friends, and she also enjoys walking, reading, sports, music, traveling, and family time.